Last year I converted these fellows from A Call to Arms Ironsides to make them look like Sir Martin Lacey's horse in the old series By the Sword Divided. I have just finished them to give me a break from Oldhammer stuff 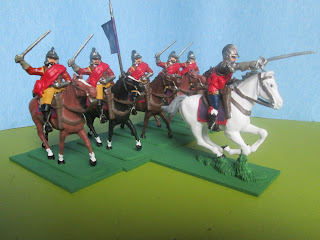 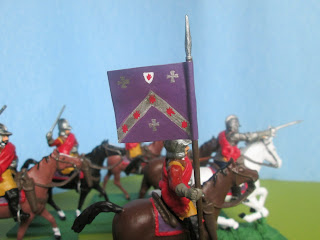 Posted by Springinsfeld at 09:59 8 comments:

THADDEUS PERUQUE, WIGGER TO THE COURTS OF EUROPE

Following a post from The Duke of Tradgardland which showed a picture of the latest fashions at court, I thought I would post this little vignette I made a few years ago for my 15mm Marlburian armies who were fighting the War of the Electors Wig, Thaddeus Peruque, the greatest wigmaker in Europe is being pursued by all the Margraves, Kings, Electors and other various gentry to be seized and held to make them the most towering and impressive head pieces that can be imagined. The whole plot was inspired by the costumes in The Draughtsman's Contract, a wonderful if rather strange film. 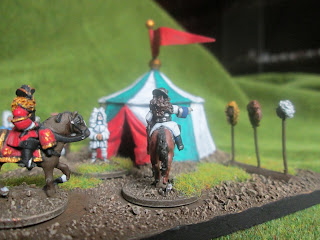 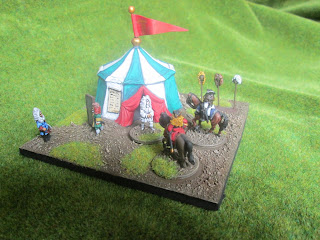 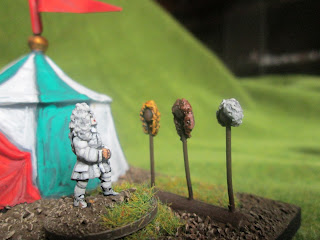 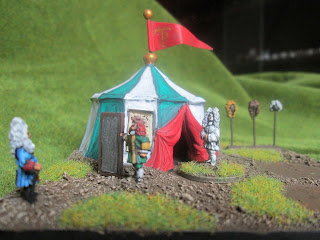 A satisfied customer, helped by Peruque's loyal assistant MaCrackin. Note the TP monogram on the flag,The sign of Excellence in Wigmaking. 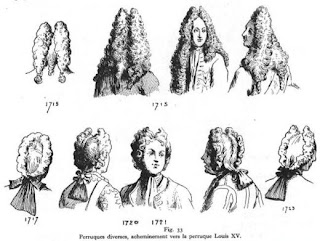 A page from the latest catalogue.

I have a feeling we may be meeting Thaddeus again in a different scale. I am being sorely tempted to buy some 28mm 18c figures. Mainly civilians at first, and making some landscape gardens to put them in. Oh no, another project to start.

Email ThisBlogThis!Share to TwitterShare to FacebookShare to Pinterest
Labels: War of the Spanish Succession

Just popping back for a quick post. Sorry it's been so quiet on the Mercurius front recently. I have been concentrating on painting fantasy stuff for my other blog here , and getting some Oldhammer figures painted. I did slap some paint on some 54mm ECW figures last night, so hopefully will be able to show those here soon.

A few days ago, Robin, my oldest lad (10) roped me into a fantasy battle he had set up in his bedroom, using his own fun rules and figures, all painted himself. A couple of turns in, his brothers turned up eager to participate in moving figures and dice rolling and for 40 minutes or so we had a really enjoyable time with all the youngsters attention held, not bad for Arthur 6, who is not so bonkers about soldiers as Robin , and George who at 3 mainly likes bashing things. 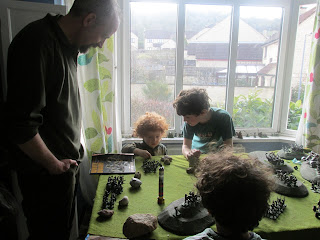 The lego tower holds a goblin hanglider by the way.  Arthur and myself were the diseased minions of the chaos god Nurgle, and Robin and George were brutish orc marauders.

Posted by Springinsfeld at 13:43 2 comments: