To a lot of bloggers I follow who happen to be teachers, the summer holidays mean oodles of free time and jollification, but to lesser mortals like me they mean even less time to do toy related stuff. Although I finished the Royalist cavalry a few weeks ago I haven't been able to get them photographed and to be honest this was a bit of a rushed job this morning, so apologies for any fuzzy photos. 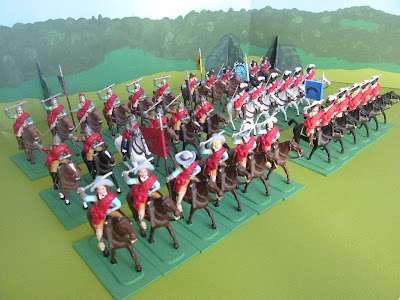 The entire Royalist horse, including 2 units I painted a while back. Below are the ones that haven't appeared on the blog yet). 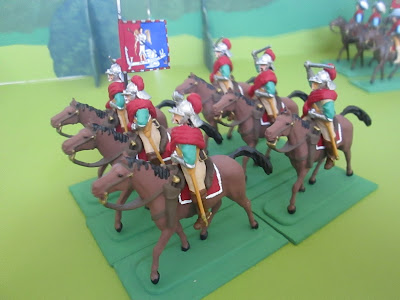 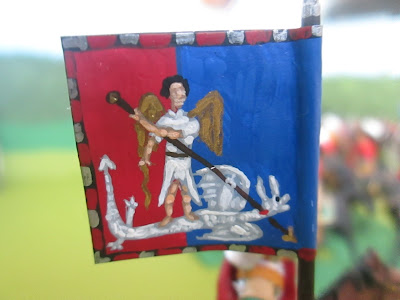 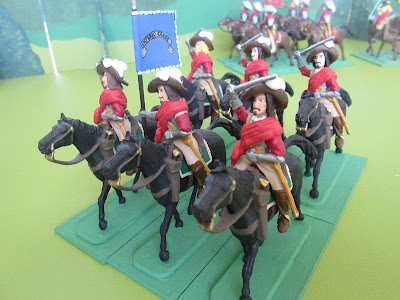 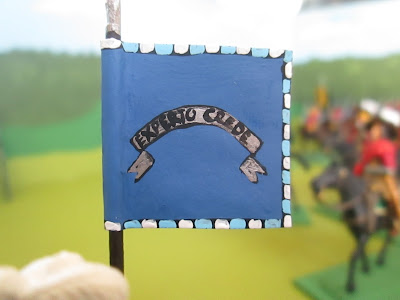 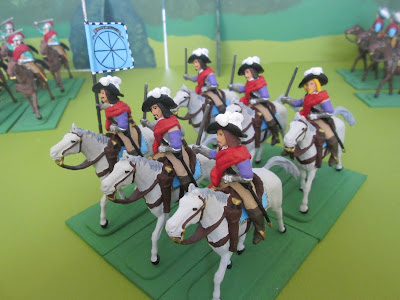 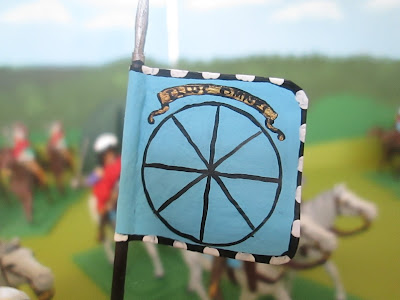 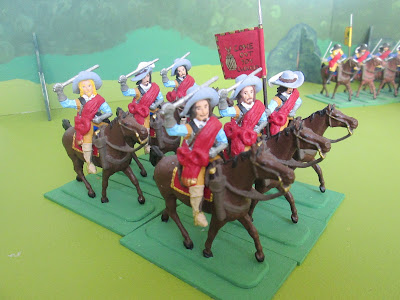 Lord Crawford's regiment (I could only find information on cornets for 3 Royalist horse regiments, so had to invent the others). 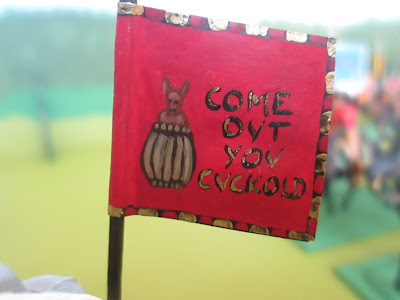 Crawford is using Horatio Carey's cornet. Carey's regiment was at Lansdown but fighting for Parliament. Carey himself had changed sides and adopted this flag.....the motto is mocking the Earl of Essex, a fine commander but whose wife was notoriously promiscuous).


Most of the Royalist cavalry took to their heels halfway through the battle of Lansdown, and they were outnumbered in the first place.

I have finished all the rank and file for both sides now. I just need to get the Parliamentarian cavalry photographed and then both armies together....almost there!!
Posted by Springinsfeld at 10:29 6 comments:

Every wargamer (and hopefully every right minded person)  would agree war is a pretty beastly affair to be avoided at all costs, Civil War even more so, but friendship and honour can be maintained throughout conflict as this letter (probably the most famous missive of the Civil War) testifies.

Sent by Sir William Waller, Commander of the Parliamentarian Army 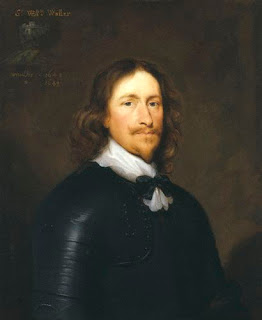 to his friend of many years, Sir Ralph Hopton, Royalist general. 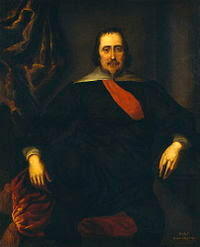 To my noble friend, Sir Ralph Hopton at Wells

the experience I have had of your worth and the happiness I have enjoyed in your friendship are wounding considerations, when I look upon this present distance between us. Certainly my affection to you is so unchangeable that hostility itself cannot violate my friendship in your person. But I must be true to the cause wherein I serve...
...That great God, which is the searcher of my heart, knows with what a sad sense I go upon this service, and with what a perfect hatred I detest this war without an enemy; but I look upon it as the work of the Lord, which is enough to silence all passion in me. The God of peace in his good time send us peace, and in the meantime fit us to receive it. We are both upon this stage and must act those parts that are assigned to us in this tragedy. Let us do it in a way of honour and without personal animosities. Whatsoever the issue be, I shall never willingly relinquish the dear title of...

Today is the anniversary of the Battle of Lansdown where the friends faced each other in combat after fighting together for the Protestant Cause in the Thirty Years War. 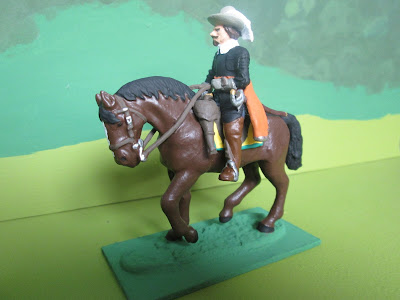 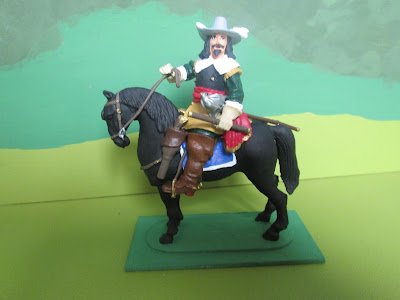 Today is the anniversary of the skirmish-ambush at Ham Meadow, Claverton during the Lansdown campaign of 1643. Artillery seems to have played a part in the engagement, so I thought it would be good to post the most recent pieces completed. Waller's army seems to have had a couple of guns referred to obscurely as "hammer pieces". I'm not sure what these are, and can only assume they were lighter pieces, possibly knocked up by some local smith (like Roaring Meg was at Goodrich castle).
When a railway cutting was being dug in the 19th century near the skirmish site, a skeleton was exhumed still with a 1.5lb ball in it's chest....perhaps fired from something like these............... 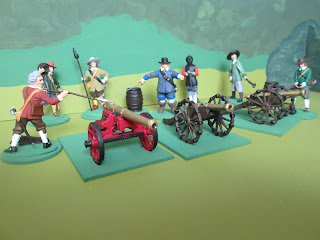 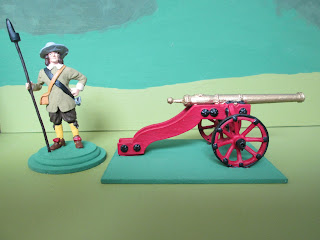 A Chota Sahib gunner. The piece was from a bring and buy stand, I'm not sure of the make or scale. 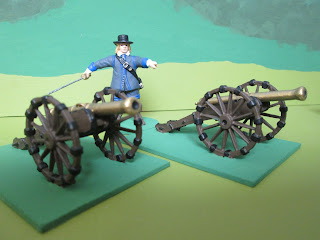 These 2 guns are from the Irregular 40mm range but work very well as small 54mm artillery (thanks for the suggestion chaps).
The officer is a figure based on an Angus McBride Osprey illustration. 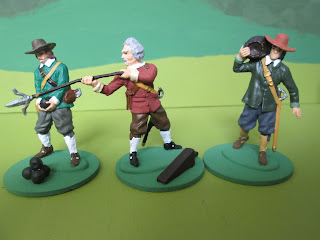 A Call to Arms mattrosses, some converted. 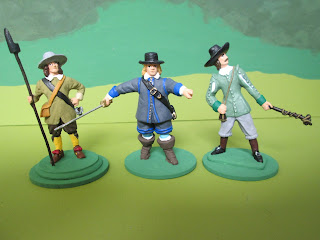 The chap on the right is by Ensign Miniatures. 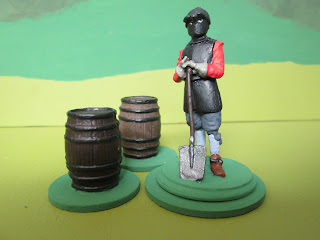 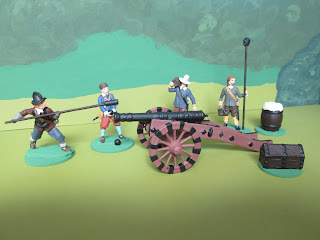 A larger gun from the A Call to Arms range. I had to alter the barrel position as it was too far back. The barrel with damp sheep's fleece to keep out stray sparks is from Ensign Miniatures, a nice detail. 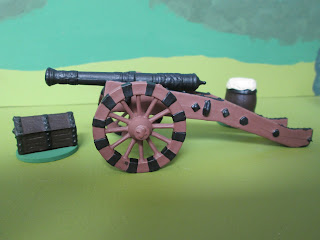 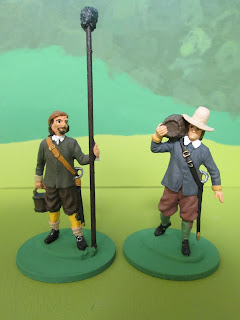 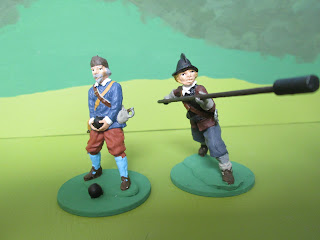 Posted by Springinsfeld at 14:28 3 comments: