Quite a productive year really, I surprised myself when I laid all the figures out I had painted this year 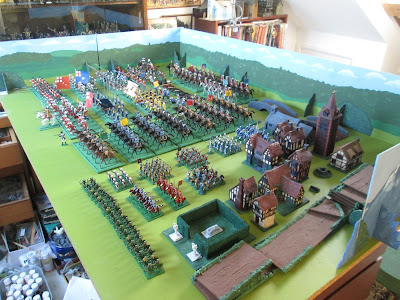 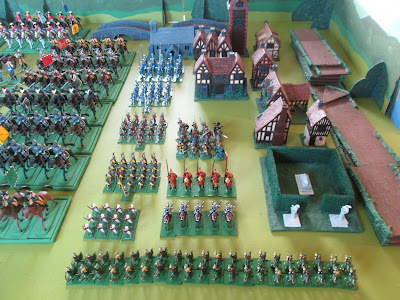 25mm figures. Mainly for the Thistlewood project over on my Fantasy Blog, but there are some figures for the Conan project, plus generic terrain and a group of 16 random Vikings in the middle. 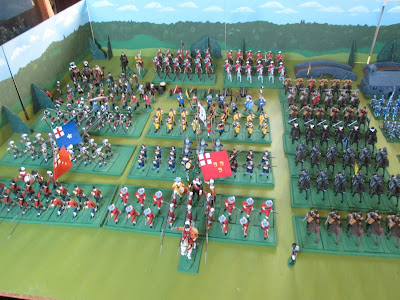 Here we have the 54 ECW stuff I finished in the first part of the year, plus a single Napoleonic bod.

I have managed to complete one of my goals, getting the ECW figures done, and have almost finished the Thistlewood Oldhammer project, only 20 more villagers to do.

465 in all, so a good improvement on last year.

In 2016 I hope to
1. HAVE A GAME!!! I have a small one hour wargame booked with a friend in January.
2.Complete Thistlewood in the first week or so of the year.
3. Paint up a few Frostgrave figures to play with my oldest son.
4. Paint up a couple of Lion Rampant, Robin of Sherwood forces (Wolfshead Rampant)
5. Complete a few regiments of Prehammer figures to play Reaper or Chainmail
6. Do some more 54mm Funny Little Wigs/ Marlburian chaps.

HAPPY NEW YEAR TO YOU ALL!!

Posted by Springinsfeld at 01:44 3 comments:

A MERRY CROM-MAS FROM THE FROST GIANT JARL

I didn't have time to paint a Christmas figure this year, so had to plunder one from the collection. This great old Ral Partha figure is a giant in my Warmaster Chaos Marauder army where he towers pleasingly over the 10mm warriors.  I've got a few more of this chap waiting to be painted for my Pre-Hammer armies. 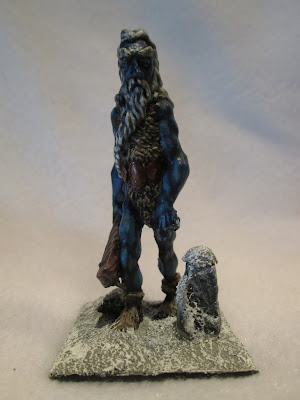 Wishing you a Splendid Winter Solstice
and a Merry Christmas
Posted by Springinsfeld at 13:32 5 comments:

I was delighted to get my copy of Dragon Rampant on getting home from t'mill today, pictures here .

Last night, having completed the evenings decorating duties (we are giving the oldest lad his own room, and I'm mournfully re-painting it) I cracked open my new tin of yacht varnish and glossed up these fellows for the Funny Little Wigs project...possibly Lumley's horse 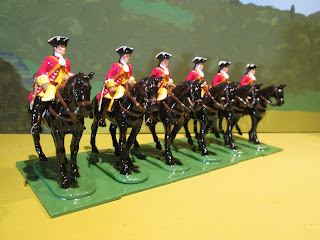 Very nice Del Prado figures, picked up here and there. The most expensive was £3.80. Some of the paintwork was badly chipped, but this didn't matter as I was re-painting. 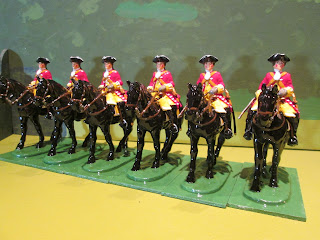 If I was playing real Little Wars, and firing missiles at them (which I might do with Playmobil cannons) these chaps would be invincible. They are really heavy and must contain a fair amount of lead. 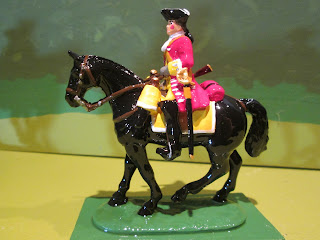 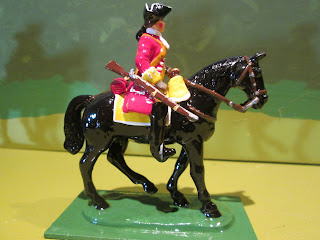 I need to get on with some Bavarians and/or French soon.

Posted by Springinsfeld at 13:08 6 comments:

Rather a hero of mine, I painted this figure of Eugene ages ago, but have just got around to posting him.  An all round splendid soldier, incredibly brave, and an implacable foe of Lewis the Grand who refused him military service insisting he join the church. Eugene left the French court (after his mother was implicated in a murder and witchcraft scandal ) and went to serve the Habsburg's becoming their finest general. A testament to what a good egg he was, he willingly served under the untried Marlborough, despite already being a general of renown. I could burble on about him some more, but it's worth reading Derek Mckay's biography of the Prince if you want to find out more about this extraordinary chap. 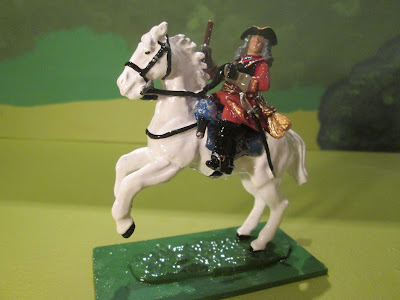 A Peipp 45mm figure, mounted on a Del Prado ACW horse, with Del Prado pistol holsters from their Turenne figure. I tried to give the Prince the sallow skin he was recorded as having, but he came out looking a bit ill! 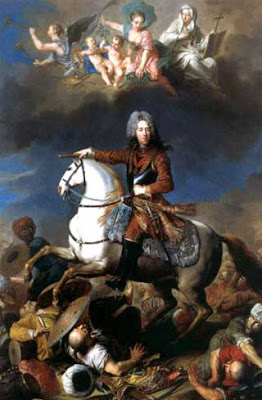 Posted by Springinsfeld at 13:15 6 comments: