A FIELD IN ENGLAND

Earlier in the week I picked up a copy of Metro at work and read a review of this film which is released at Cinemas and on DVD on Friday. After watching the trailer I popped over to Amazon and ordered the DVD which should come on Friday (it's also on telly on Friday too, but we don't have one),

Apart from being set in the Civil War and reminding me of various drug taking escapades in my ECW re-enactment days (many many moons ago I hasten to add) the filming looks to capture the English countryside perfectly reminding me of Robert Westall's Devil on the Road, presenting a rather eerie picture of England in the seventeenth century. The release date is 5th July, The 370th anniversary of The Battle of Lansdown. 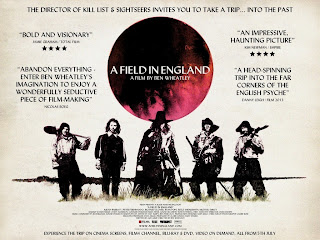 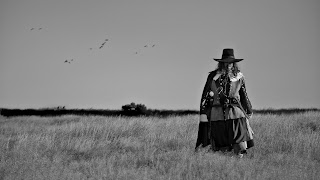 Posted by Springinsfeld at 14:08 2 comments: