In the interests of better Russo/British relationships, I ordered a pile of these rather nice figures from Tehnolog via ebay and they came recently in record time and ridiculously low postage. Tehnolog are a Russian toy company making a range of soldiers in different scales and model kits etc. and some of them are very nice.

The chaps I was interested in were billed as Soldiers of Peter the Great and will be perfect for my Funny Little Wigs project in which I will use them as Bavarians. The figures have a slightly cartoonish look with jutting jaws, stocky bodies and big feet, but there re so few early 18c figures available in 54mm all are welcome. Tehnolog have started casting their soldiers in softer plastic and supplying them in bags which makes them a bit cheaper than the old method of hard plastic and boxes. 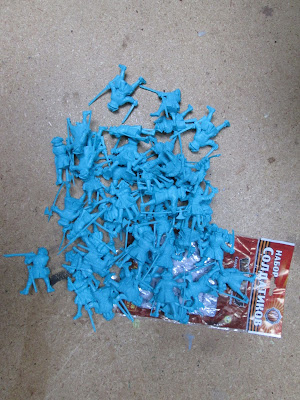 The pile of jumbled bodies after unpacking (9 bags worth here) 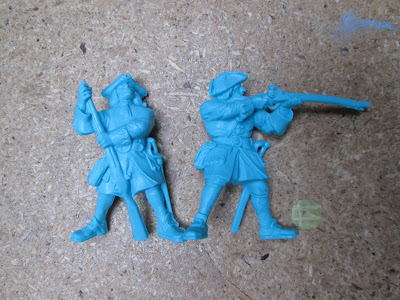 The 2 most useful poses for the firing line 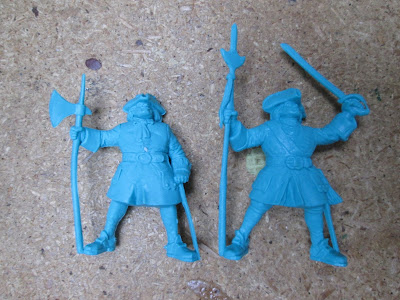 A sergeant and officer, also suitable for conversion to ensign 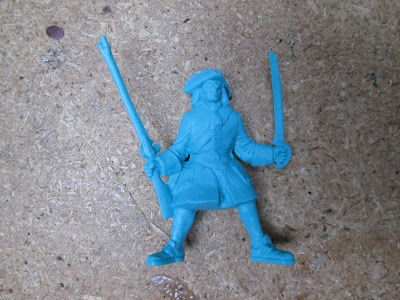 The obligatory odd pose in all plastic sets. I'll probably convert this fellow into a grenadier. 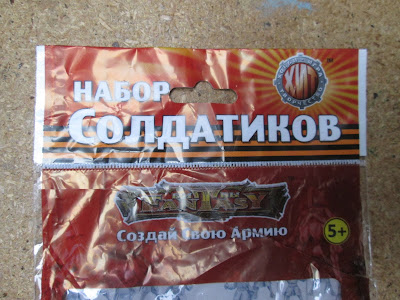 The bag header, for those of you that understand Cyrillic script (I certainly don't) 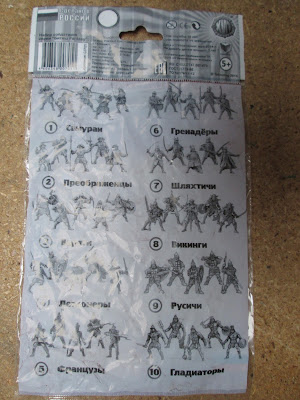