PRINCE MAURICE OF THE PALATINATE

Nominally the commander of the Royal forces at Lansdown, I generally don't mind Prince Maurice, despite me being a rampant Parliamentarian. A better chap than his frightful brother Rupert. I'm sure he would have been mounted, but a dearth of mounted command figures has forced him to go on foot. 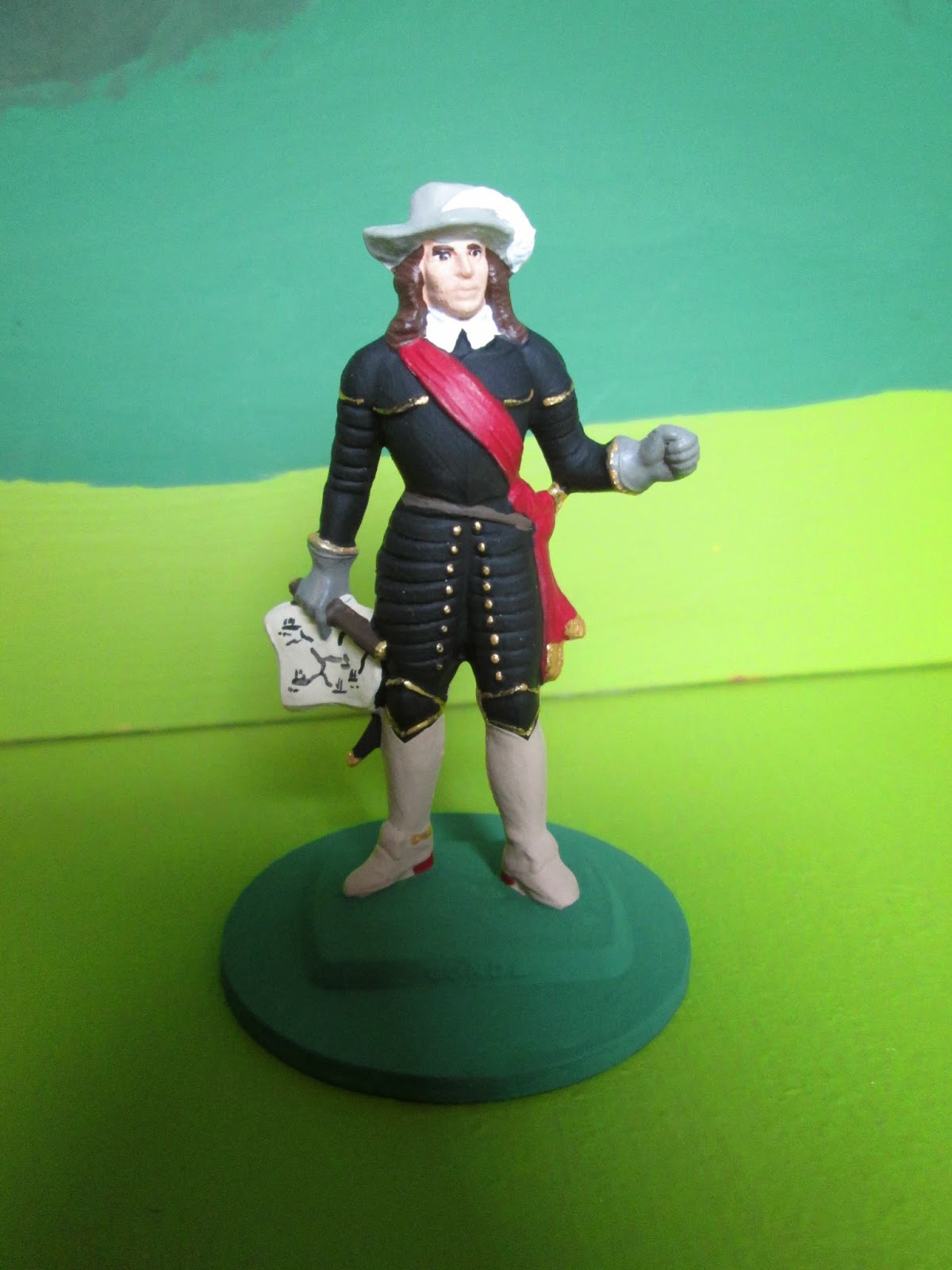 figure by Mokarex
I've been painting a few staff officers and command figures to give me a break from regiments of foot.

Also arrived today a large parcel of 54mm ECW figures from The Duchy of Tradgardland. So eager was I toget them sorted out and hand some over to the boys I forgot to photograph them, but some will be absorbed into the lead/plastic mountain and appear painted soon. Thanks Alan.
Posted by Springinsfeld at 13:09 8 comments:

MORE ROYALISTS AND SOME NEW RULES

I'm managing to stick to my plan so far and cracking on with one project, although other ideas are jostling to get to the front of the queue, including getting out my 28mm Thirty Years War figures and doing something with them (they are of course unpainted). I went along to Crusade at Penarth a couple of weeks ago and an old re-enactment chum was putting on a huge game of Lutzen 1632, using his newly published rules. 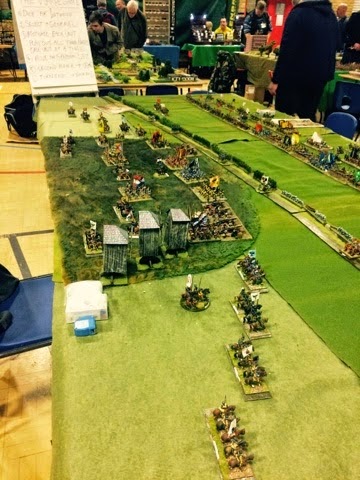 The game (pictures lifted from Captain Generals blog as I forgot my camera...again) 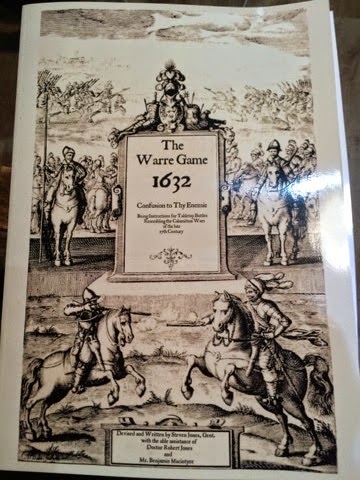 The rules
available from
http://captaingeneral.blogspot.co.uk/2015/02/the-warre-game-1632-printed.html

I am tempted to do Mansfeld's rag-tag army in 28mm.

There was also a brilliant 54mm Fantasy game put on by The Skirmish Wargames Group. One of the members said he would mail me some pictures, so hopefully I can post them soon. 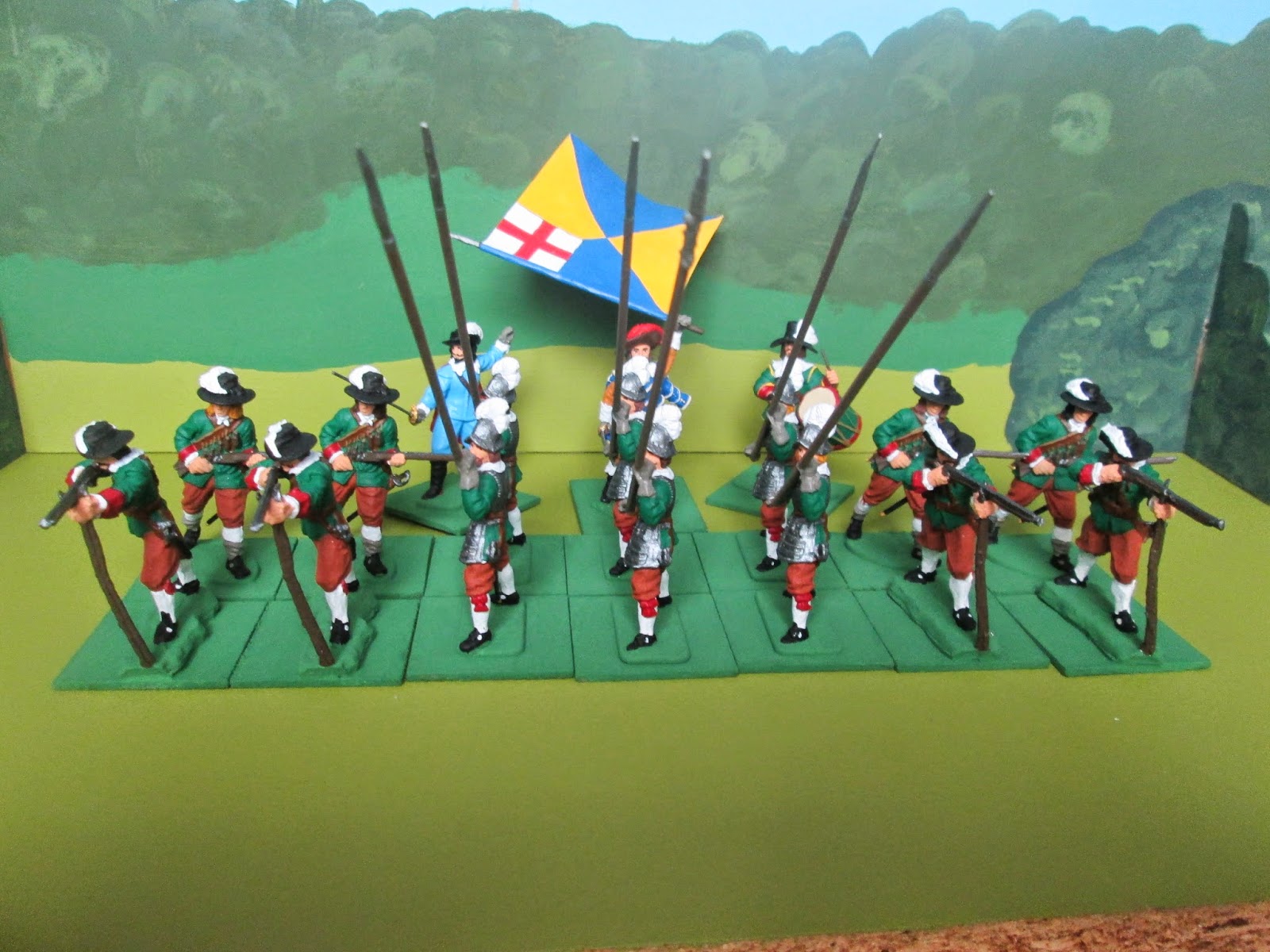 Not sure whom these guys will be yet....possibly Maurice's Regiment? 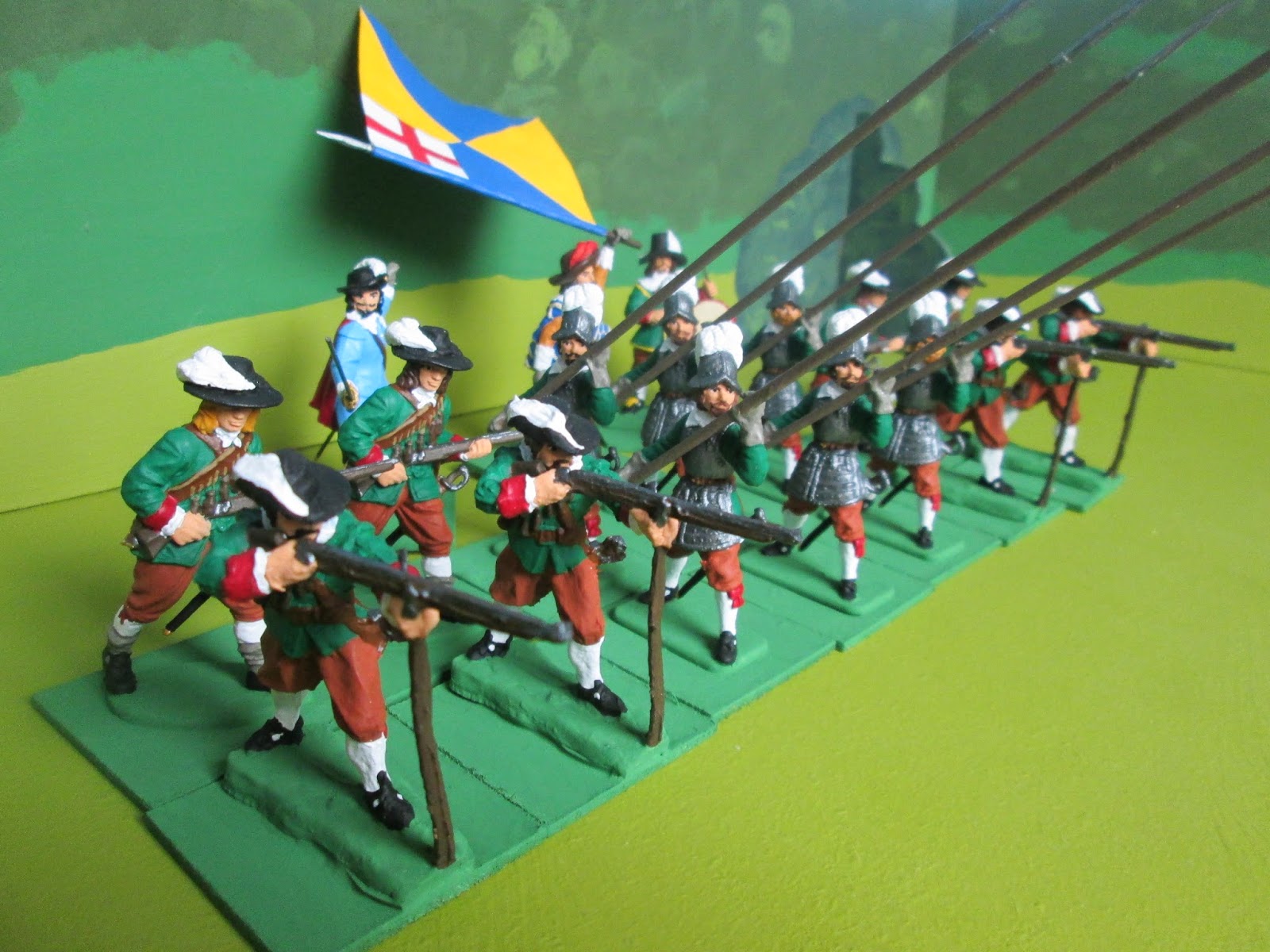 I painted them to look like a really flaky unit from the Sealed Knot back in the 1980's. Hats turned up at the side (usually fixed with a new age celtic brooch), startling white hose, and matching gingery breeches......true old school ECW. 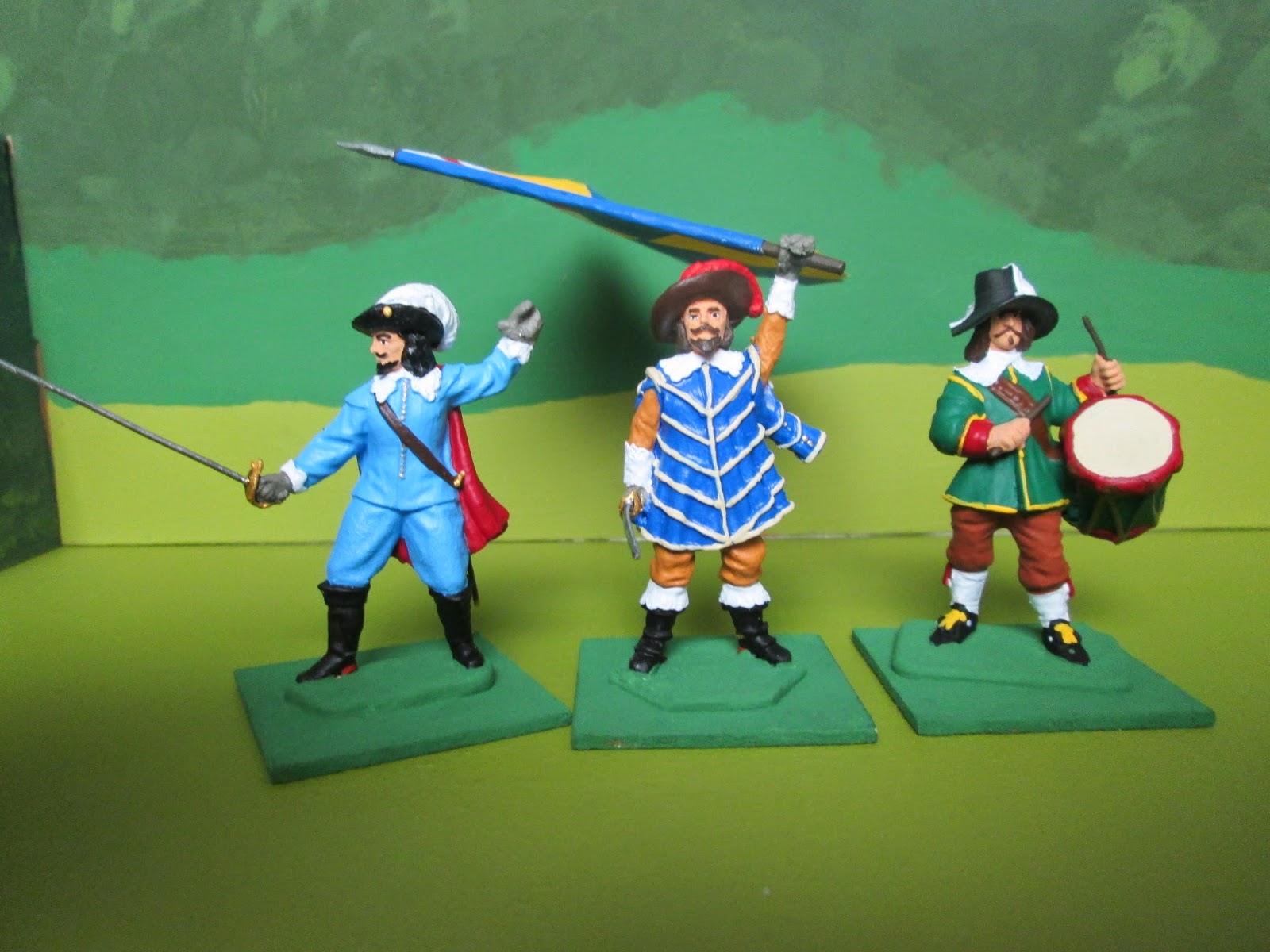 The officer on the left is possibly the oldest figure I own (or one of them). He used to belong to my brother and had been in the wars, missing his sword blade and left hand. I repainted him to match the original light blue plastic. The ensign is from a dump bin at a show, again he was missing both hands, and the drummer is A Call to Arms but with a Maros Models head. 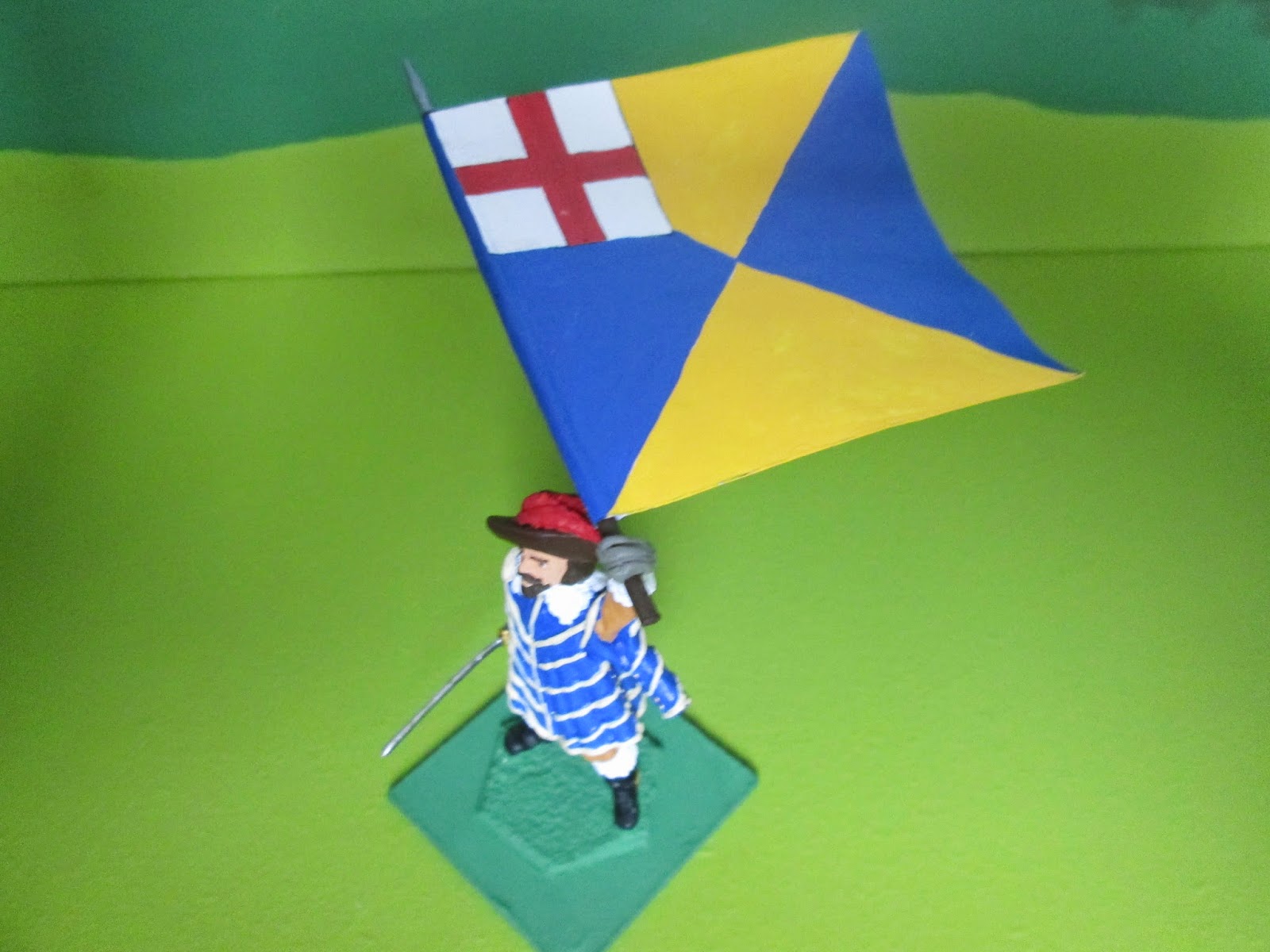 A generic flag, loosely based on Gerard's colour. 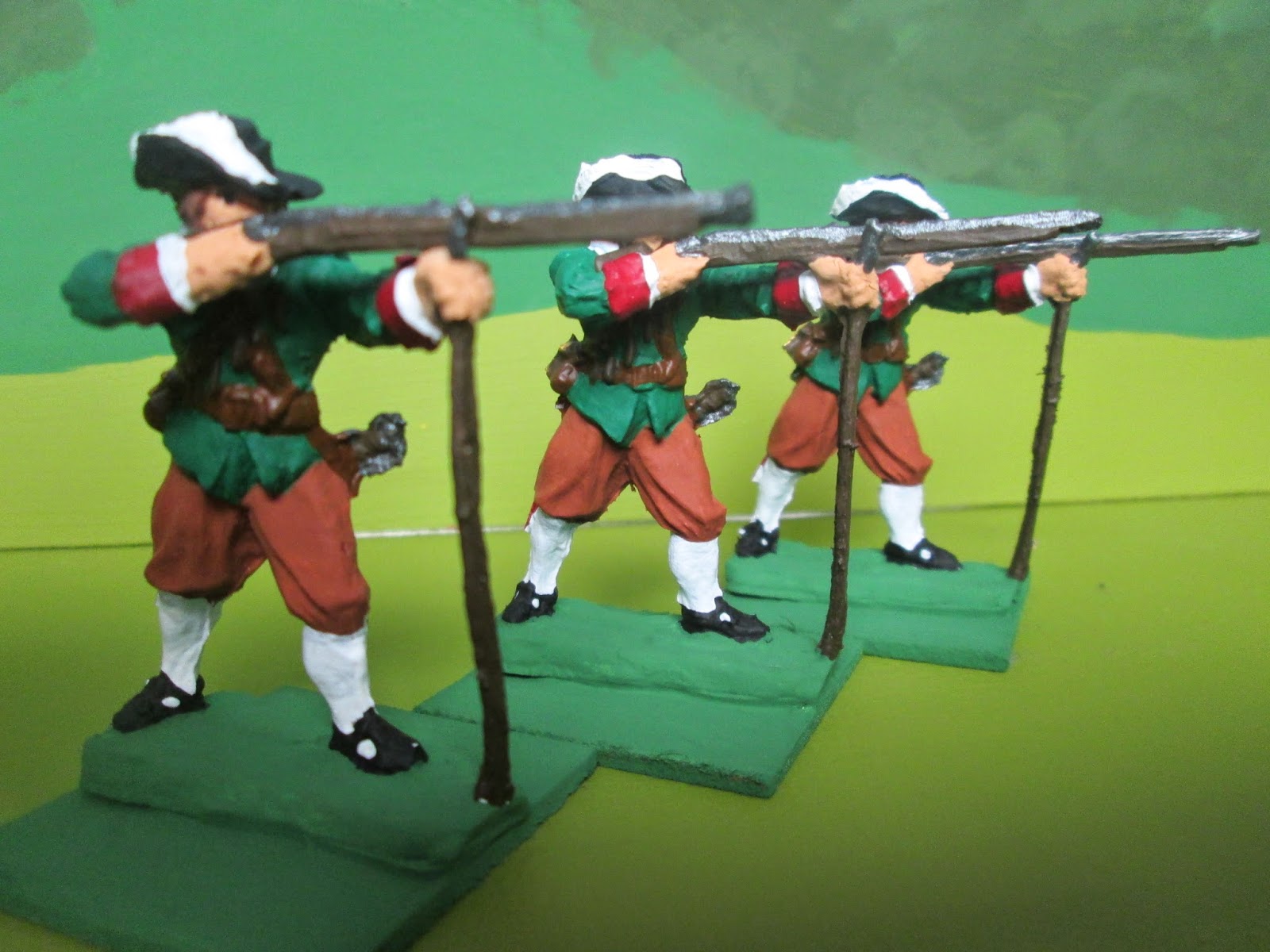 I found these fellows at a show for the pricely sum of 50p. It was hard to see what they were, but embedded in all the flash was a musketeer in 2 parts (the right arm and musket was a separate piece). They have the look and flash one associated with Replicants, but I couldn't be sure. Original colour was bright red plastic.
Just realised the belt buckles need painting, must get that done.

Posted by Springinsfeld at 06:30 5 comments: