Here we have Robert Dormer, 1st Earl of Carnarvon, who commanded the Royalist Cavalry at Lansdown , was wounded and was later killed at the first Battle of Newbury the same year. 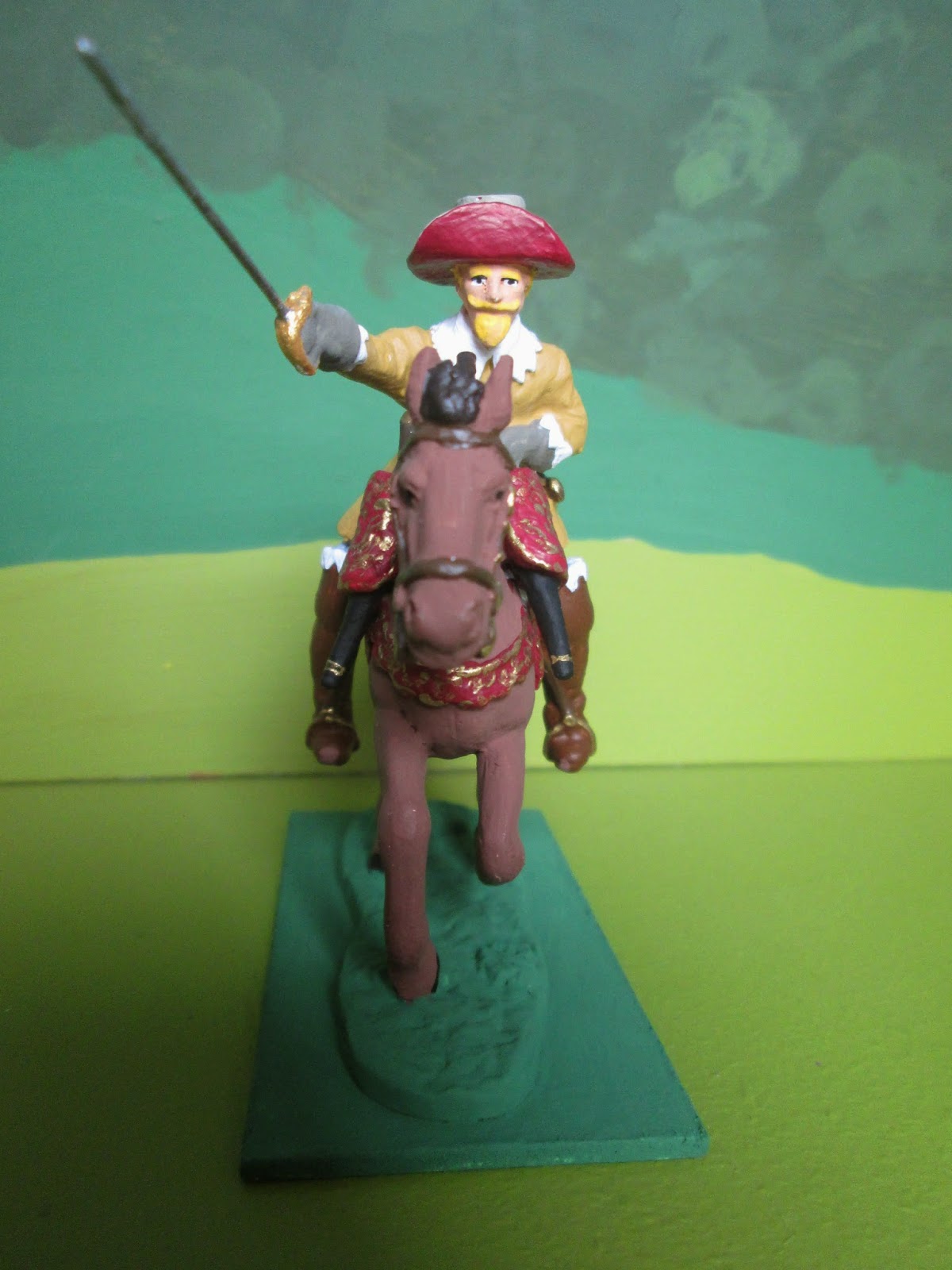 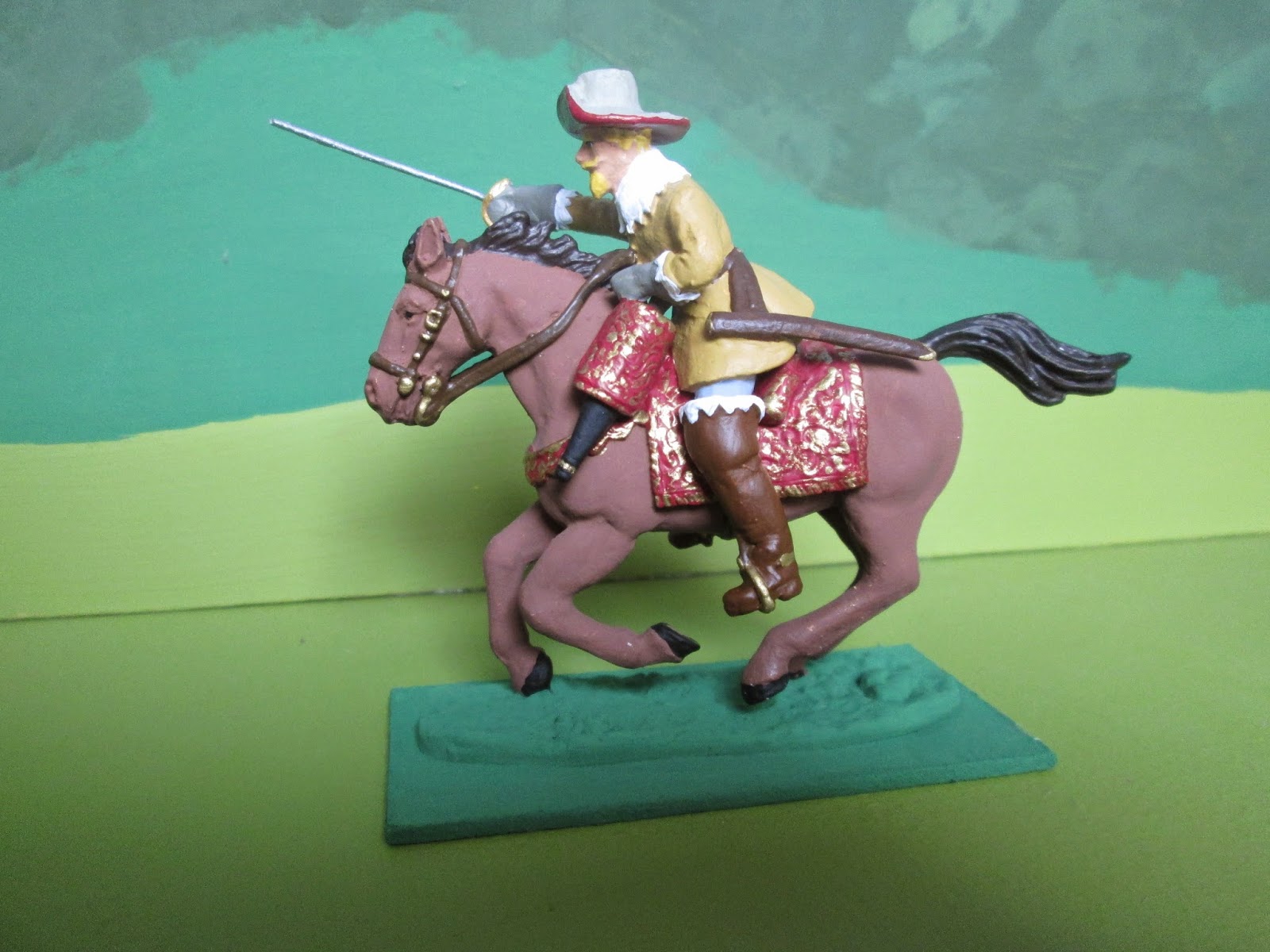 Looking suspiciously like Gustavus Adolphus, the figure is by Del Prado with a missing sword replaced with wire. The real Carnarvon had flowing cavalier locks, so I might add them later if I get round to it.

Posted by Springinsfeld at 11:55 3 comments:

As I start work later today (we open at 9 on Bank Holidays) I've just time to post this chap I finished recently.

Post title is quote from Captain Leckie (played by Andrew McCulloch) in "By the Sword Divided". Leckie was the archetypal Scottish soldier returned from the Thirty Years War and fighting for Parliament as a siege engineer. 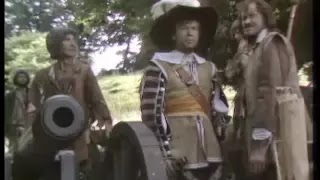 Here he is in 54mm form as near as I can get. He's sprouted a moustache and added a back and breast to his wardrobe, but  not too bad a likeness. 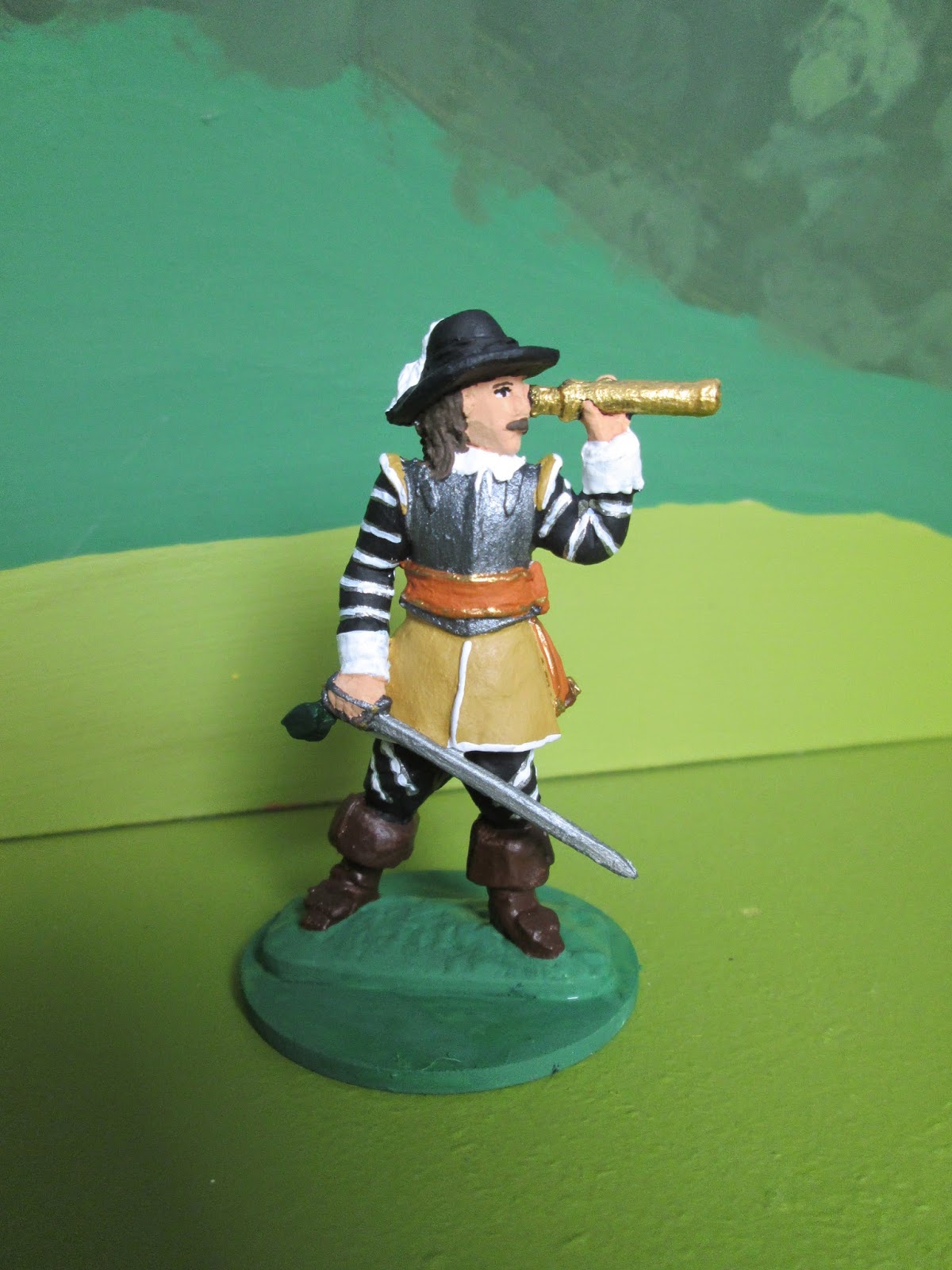 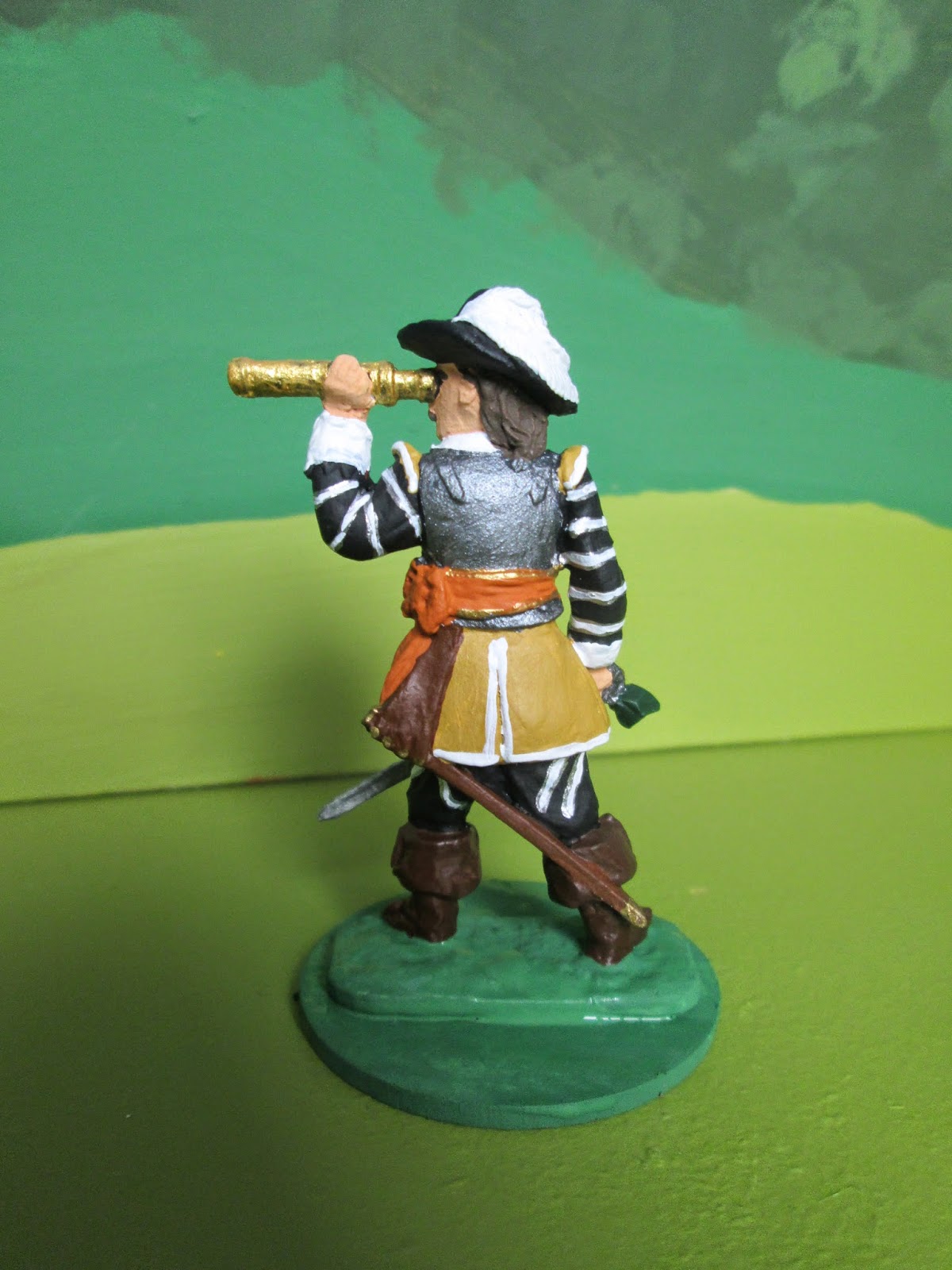 Posted by Springinsfeld at 01:30 4 comments: