The usual apologies for not posting for a good while, I've just been bone idle combined with a large black dog hanging about in my head . Every so often (usually in the Autumn) I feel like chucking all my figures out of the window and starting a single project from scratch, one that doesn't need rare and hard to source figures and provides a game with nice neat lines of soldiers in uniforms found in handy reference books and not too much imagination.( I suppose it's a comfort thing, like putting on a favourite jumper or cravat after a long and tediously hot summer).
This generally means any conflict between 1700 and 1900. Seven Years War and Napoleonic don't really float my boat (although I do like Napoloeonic Bavarians and Brunswickers), but I have always had a real interest in The War of the Spanish Succession. The uniforms are attractive, but not too complicated and of course the wigs are a bonus. There is a good supply of uniform and reference books (including plenty of eyewitness accounts) but not an overwhelming amount. Likewise the figures are readily available, but not too much choice. I find the 28mm figures out there a bit bobbleheaded, so that leaves a choice of 20mm, 40mm or 54mm. The latter ticks the toysoldier box and inspiration can be found at the wonderful (but sadly quiet) blog Vauban and Shandy . 20mm are cheap, the rank and file coming from Zvezda's Infantry of Peter the Great . Zvezda likewise do artillery and some cavalry which could be supplemented with Irregular and Les Higgins figures , they also paint up nicely with a nostalgic "Airfix" feel. I have never painted 40mm figures before but I have a Marlburian officer I picked up on ebay and it's a nice scale. Figures from Irregular , supplemented with Price August semi-rounds, the cavalry would have to have the coat tails converted.

Just to get in the mood, and wielding a paintbrush again, I tried painting a few plastic Zvezda infantry as British foot. I was quite pleased with the result, 10 figures in an evening using white undercoat, and then yacht varnished. 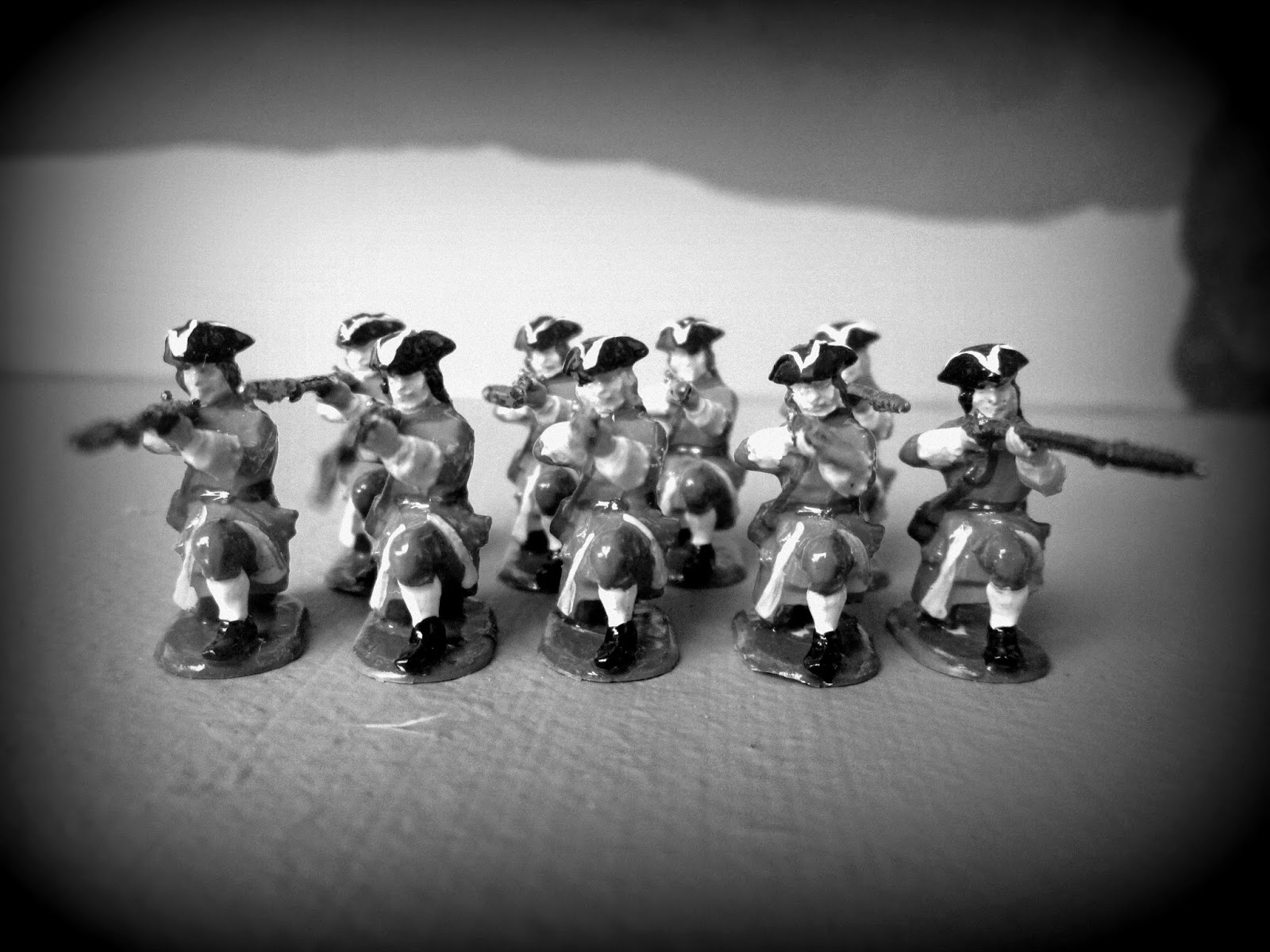 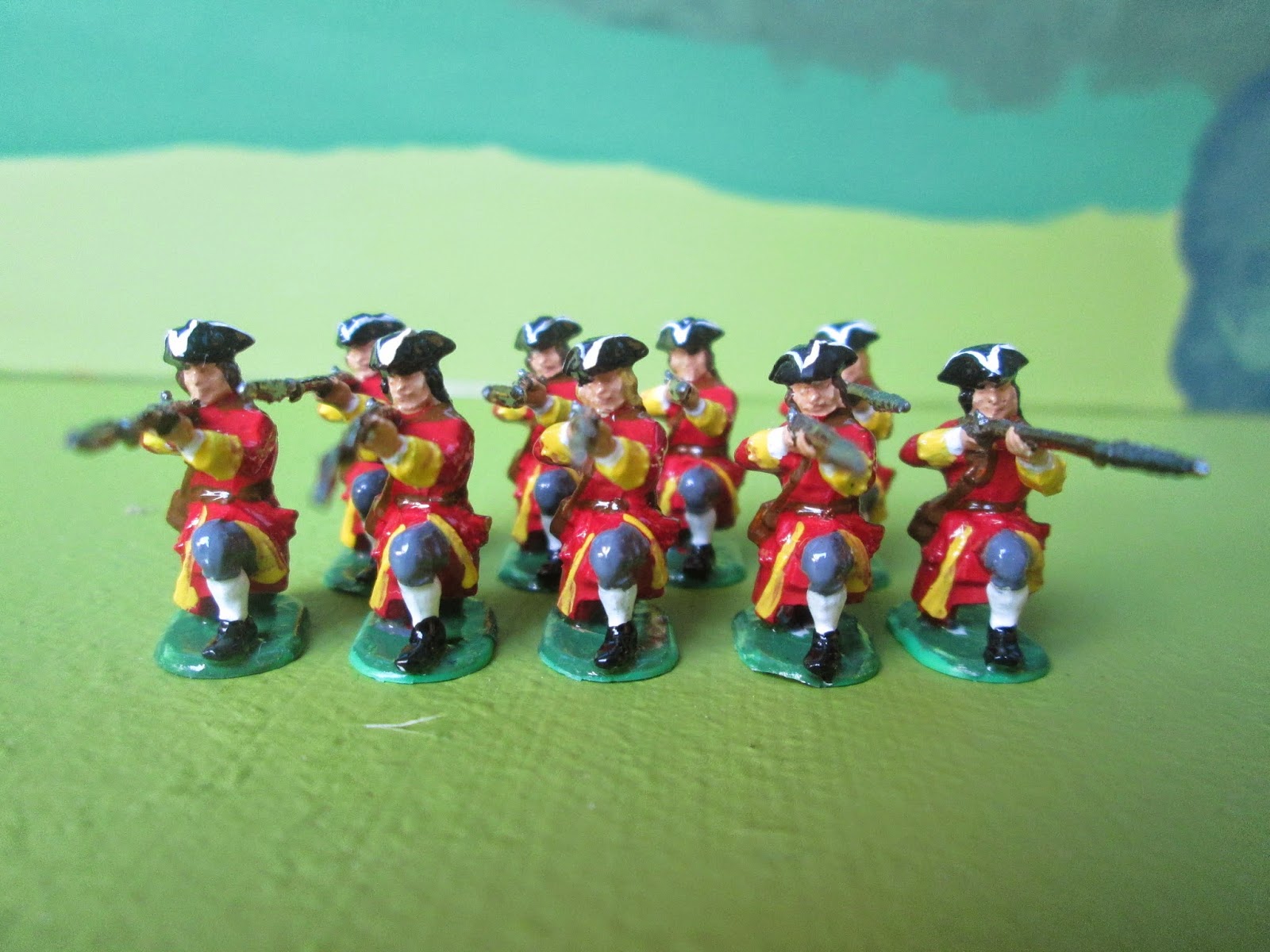 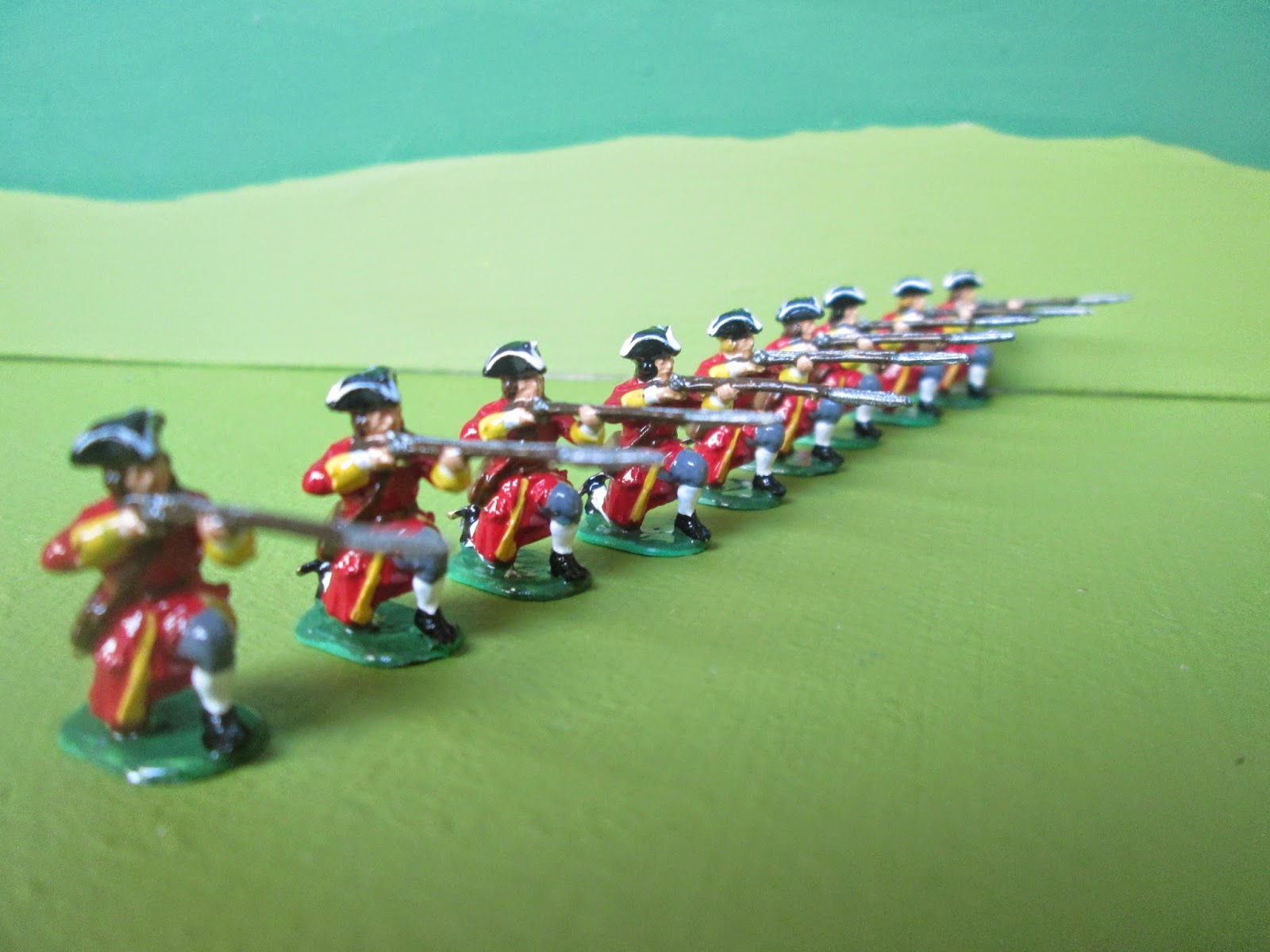 Posted by Springinsfeld at 11:49

Email ThisBlogThis!Share to TwitterShare to FacebookShare to Pinterest
Labels: War of the Spanish Succession