Here are the Roundhead cavalry in all their glory. Haselrigg's in the foreground, Waller's in the centre and the Bristol and Devon horse in the distance. 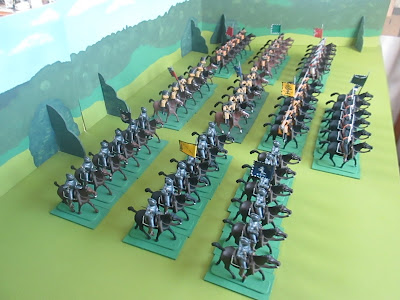 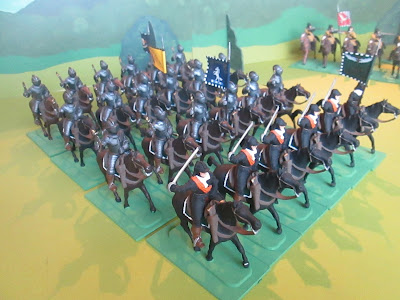 Sir Arthur Hazelrig's regiment of horse. The famous 'lobsters' so called because "they are couvered in bright iron shell." 17c cuirassiers are my favourite troop type in history. 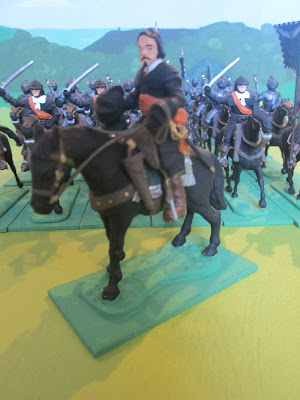 Sir Arthur himself, sporting a rather nice savoyard helm held in his hand. Figure by Langley models, he is considerably larger than his 54mm troopers, but I'm not too fussy about scale. 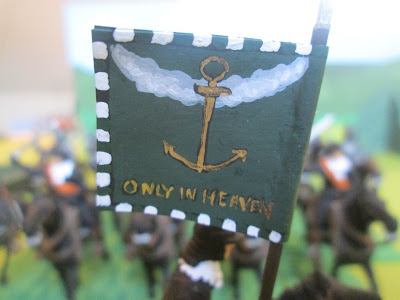 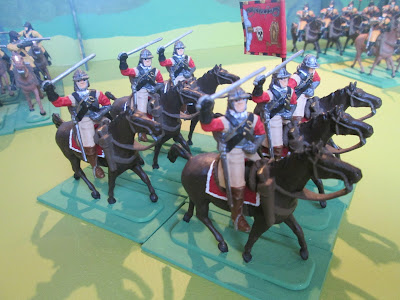 The Bristol horse, Major Hercules Langrish's regiment. I painted these chaps up to look like the roundheads in Witchfinder general. 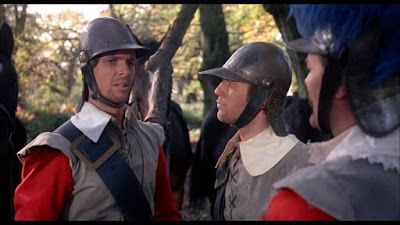 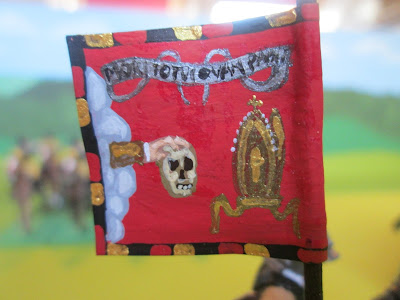 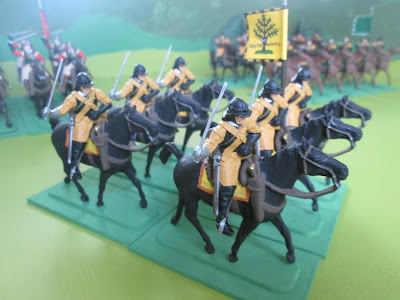 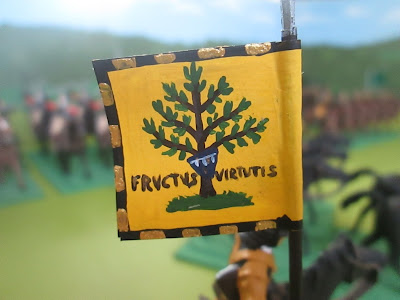 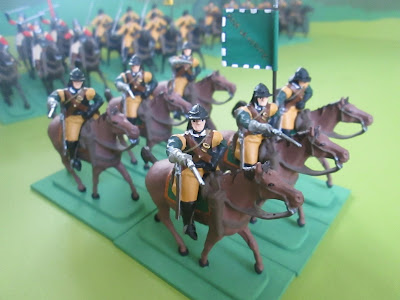 Captain William Carr's troop (Carr served with Colonel Robert Burghill and led the second wave of cavalry down the slopes of Lansdown at the Royalist army, putting the cavalry to flight. Richard Atkyns a Royalist cavalryman who recorded the battle in his memoirs said
"...this was the boldest thing I ever saw,for a party of less than 1000 to charge an army of 6000 horse, foot and cannon in their own ground at least a mile and a half from their body." 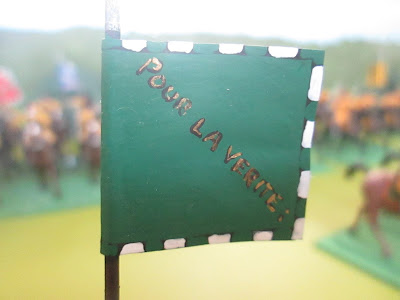 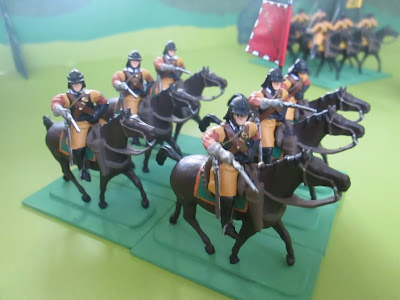 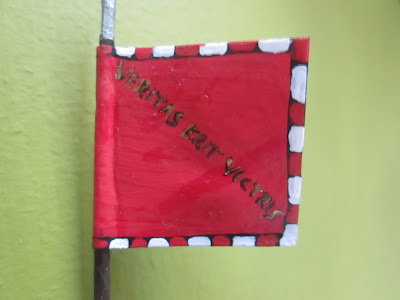 Thompson's cornet (Veritas erit victrix- Truth will be the victor)

There seem to be a lot of Parliamentarian cornets recorded for Waller's army and I had a surfeit to choose from, whereas the Royalist list was a bit thin. Hopefully next posts will be showing the completed armies en masse.
Posted by Springinsfeld at 09:17