I went to see The VVitch last night , which lived up to all my expectations. We don't get to see many films set in the 17c , and rarely one where the dialogue, costume and behaviour of the protagonists is so well portrayed. The director had clearly done his homework and I recognised several real quotes from 17c witch witch trials. It certainly wasn't an easy watch, the burgeoning sense of paranoia, the graphic portrayal of witches rites (as recorded in trial testimonies) and the discordant soundtrack all added up to make a harrowing yet compelling film. I'll certainly be buying it when it's released on DVD to add to the folk horror collection. 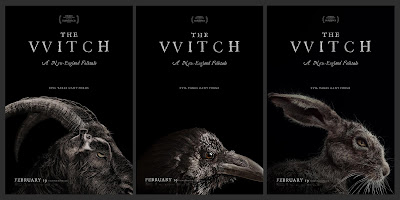 Posted by Springinsfeld at 10:36