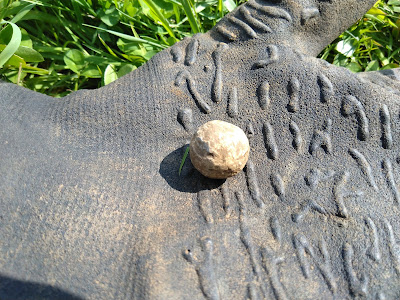 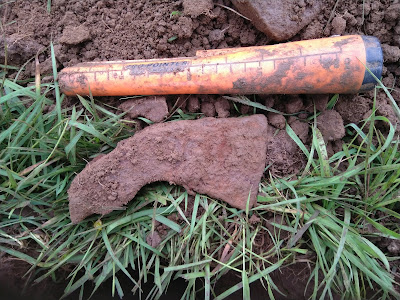 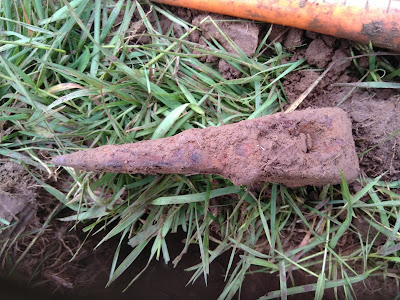 You can just make out the socket for the shaft in the picture above which we will be leaving untouched until the archaeologist has had a look. So all in all an exciting day. Ifeel a bit guilty neglecting the toy soldier front, but to be honest we are having such a blast detecting, I can't find time to do much else.
Posted by Springinsfeld at 11:35