I'm quite glad to see the back of 2014 for one reason or another, but at least the painting front has been active, if not the blogging....

Here is the annual parade of the year's work (less a few 1/72 Marlburians I forgot about) and I rebased my entire Oldhammer collection as I wasn't happy with the drab modern look (reverted to bright green, much better). Many of these figures feature on my other blogs, or have yet to be posted on this one. 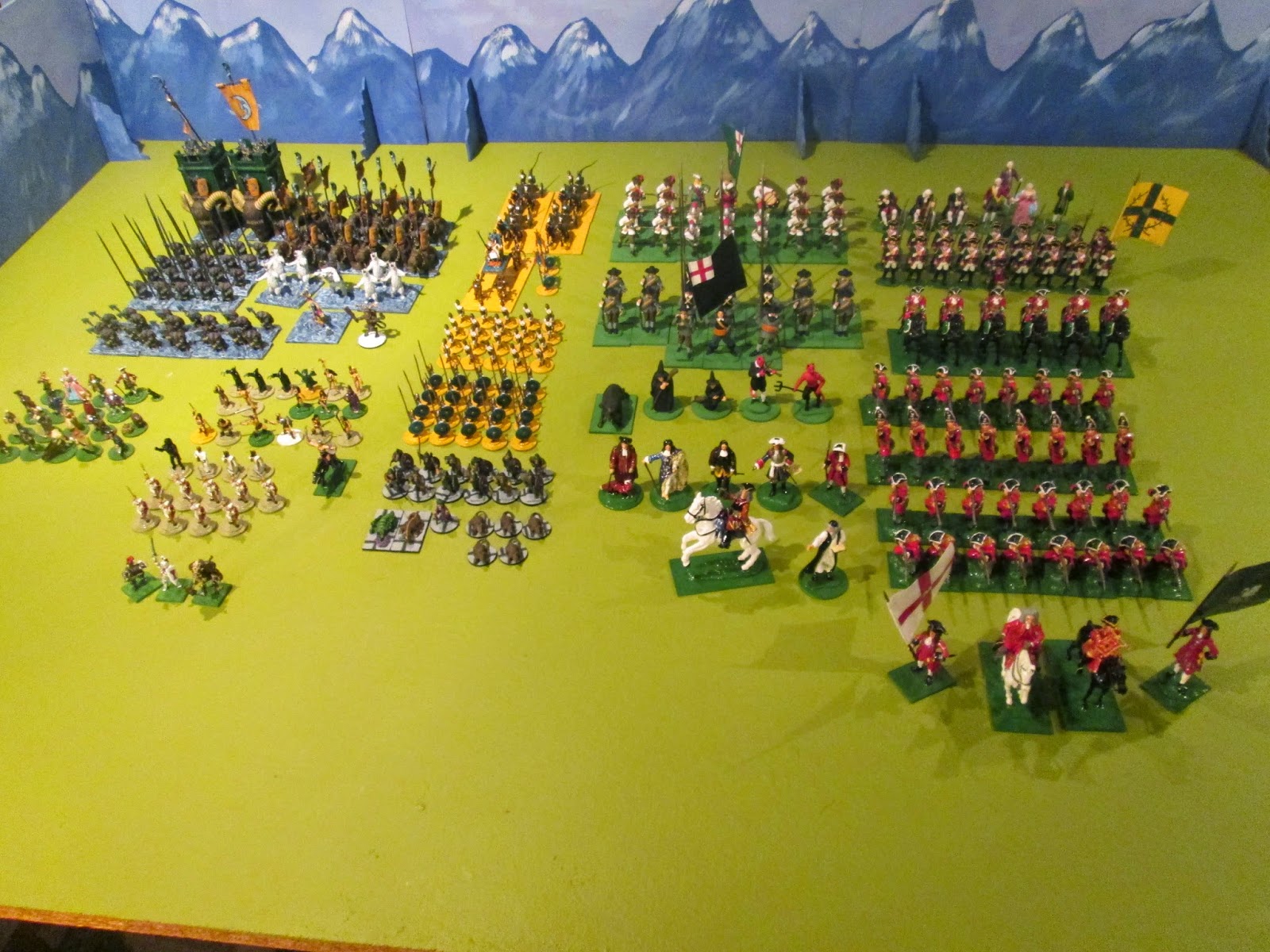 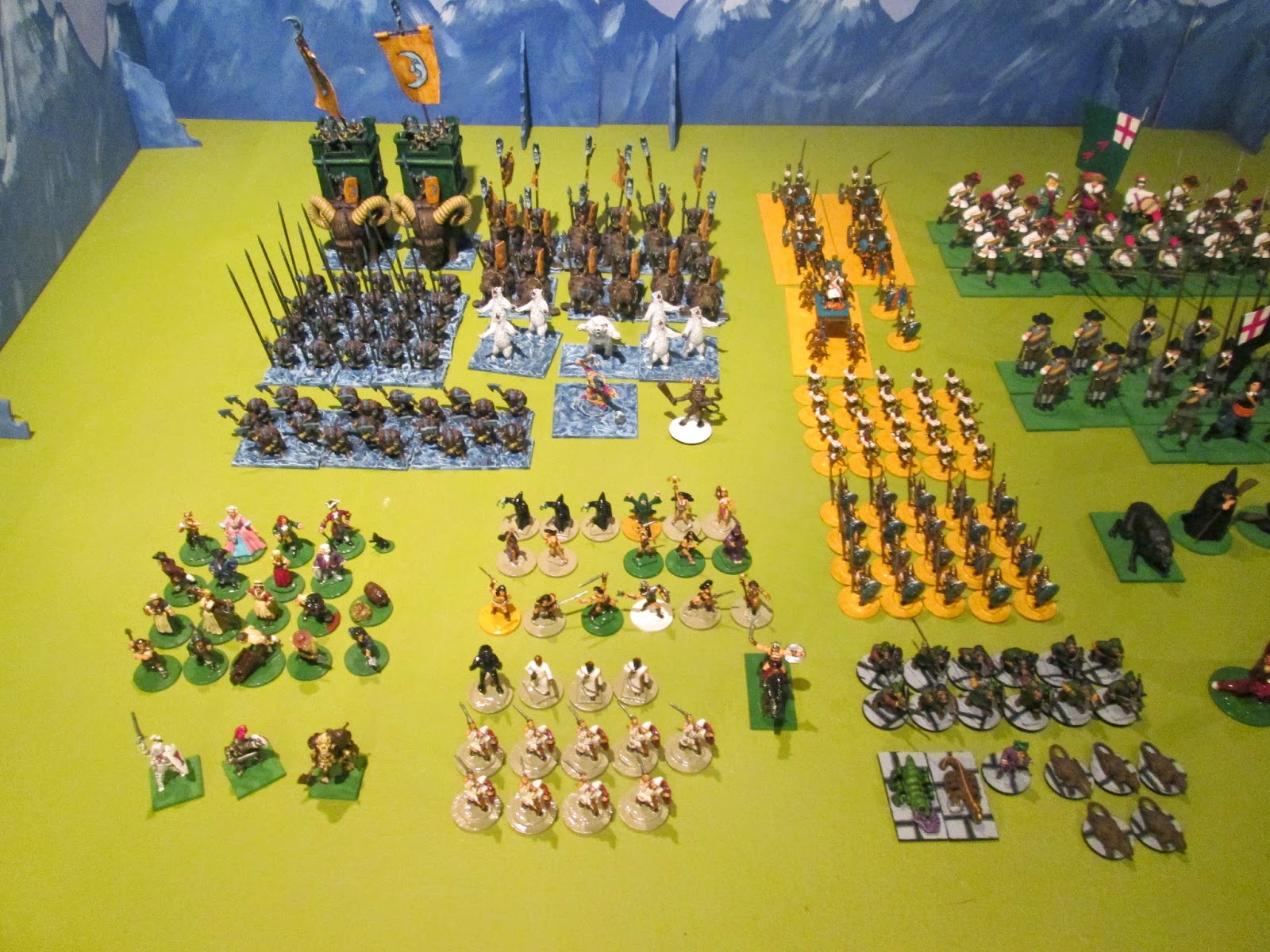 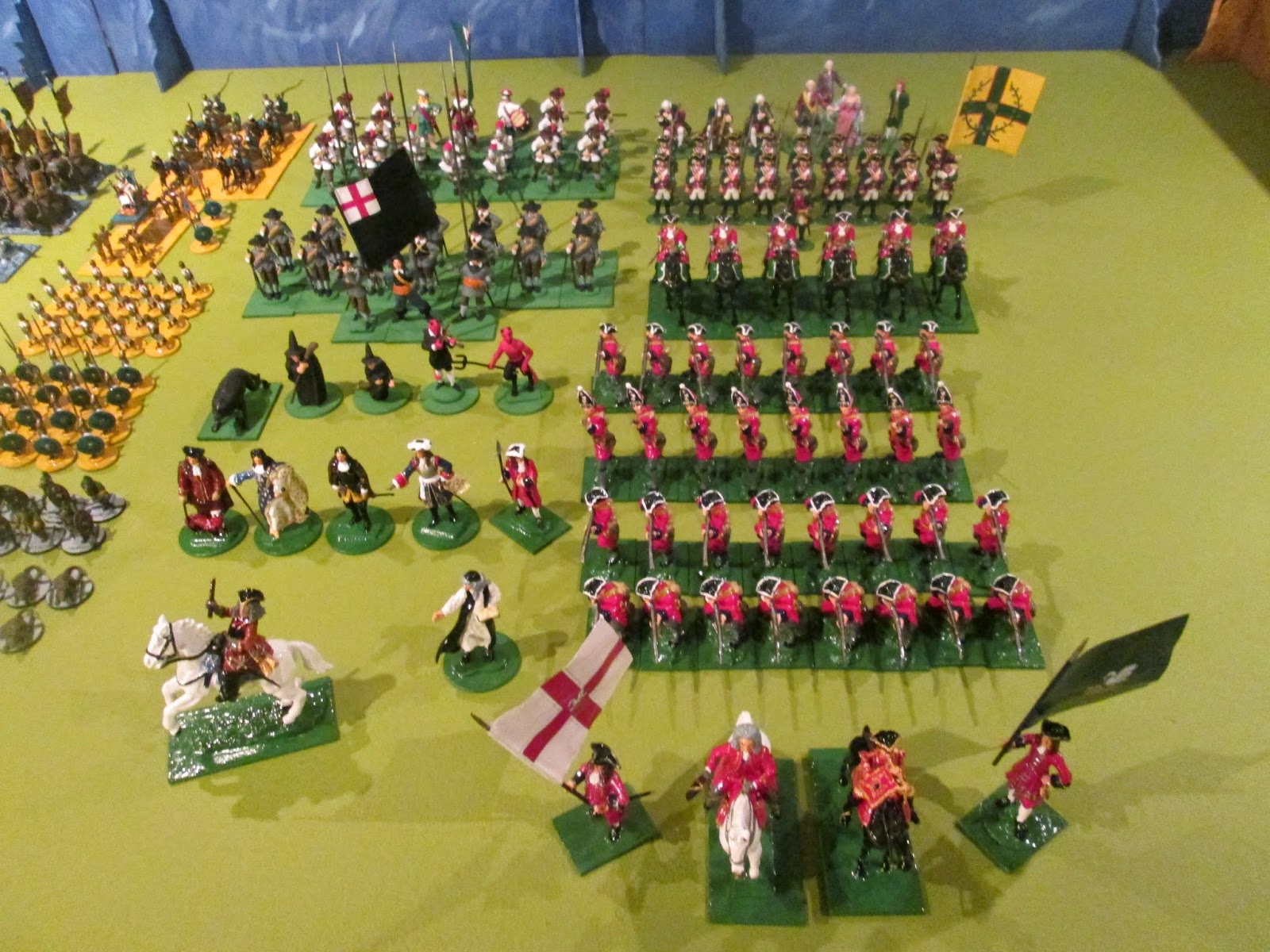 Complete 54mm ECW armies to re-fight the Lansdown campaign
Continue 54mm Little Wigs project including making some moulds to cast my own figures
Finally finish my Oldhammer Thistlewood project, including terrain
Continue my Old School Conan armies with some terrain pieces
reduce the amount of figures I buy... I am running out of room.

it remains to be seen if I get any of this done, but fingers crossed I should get at least 2 of the above completed by the end of 2015.

A Very Happy New Year to all reader. Cheers!!.

Posted by Springinsfeld at 09:35